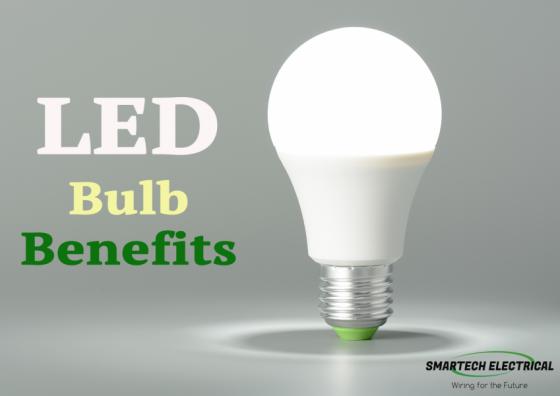 What are the benefits of switching to LED (light emitting diode) bulbs. LEDs are constructed differently from old school incandescent bulbs. Their differences make them longer lasting and better for the environment. Here are five benefits of LED bulbs.

LEDs are made from tiny microchips and sturdy epoxy enclosures, which make them less susceptible to damage from harsh weather, vibrations, and even impact. They also thrive in colder temperatures and operate at top efficiency.

Saving money and saving the planet with LED bulbs does not mean you have to sacrifice style. LEDs come in a wide variety of shapes and sizes for any light fixture. They also come in a huge range of colors.

According to the United States Environmental Protection Agency (EPA), LEDs last 25 times longer than incandescent bulbs. Since LED bulbs do not contain a filament, they don’t go out suddenly like their incandescent counterparts. LEDs slowly dim over time until they need to be replaced. They can last several years without ever needing a replacement, which means you save money in the long run.

In addition to lasting longer, LEDs use considerably less energy than traditional incandescent bulbs. According to the EPA, all residential LED products use at least 75% less energy.

If you are interested in adding more LED lighting solutions to your home on the Eastern Shore of Maryland, we are here to help. Give us a call at 443.282.0176.